Buildings located only a couple of meters from the sea shore in the largest natural park Strandza are the cause of resentment of the nature conservationists and enthusiasts of the magical Sinemorec. The accumulated omissions, violations and perhaps not so accurate data led to the paradox of issuing official documents for construction activities in the urbanized territory of the natural park. At the same time, according to the Law on Protected Areas, the urbanized land cannot be part of the park.

The people say that the problems in the “Poljani” area happened due to non-compliance with the procedure for conversion of agricultural land in this protected area into urbanized land. According to the law, when there is a need for such a change, the reduction of the protected area should be done with the same procedure used to declare that same area as protected. So far, this has not been done. 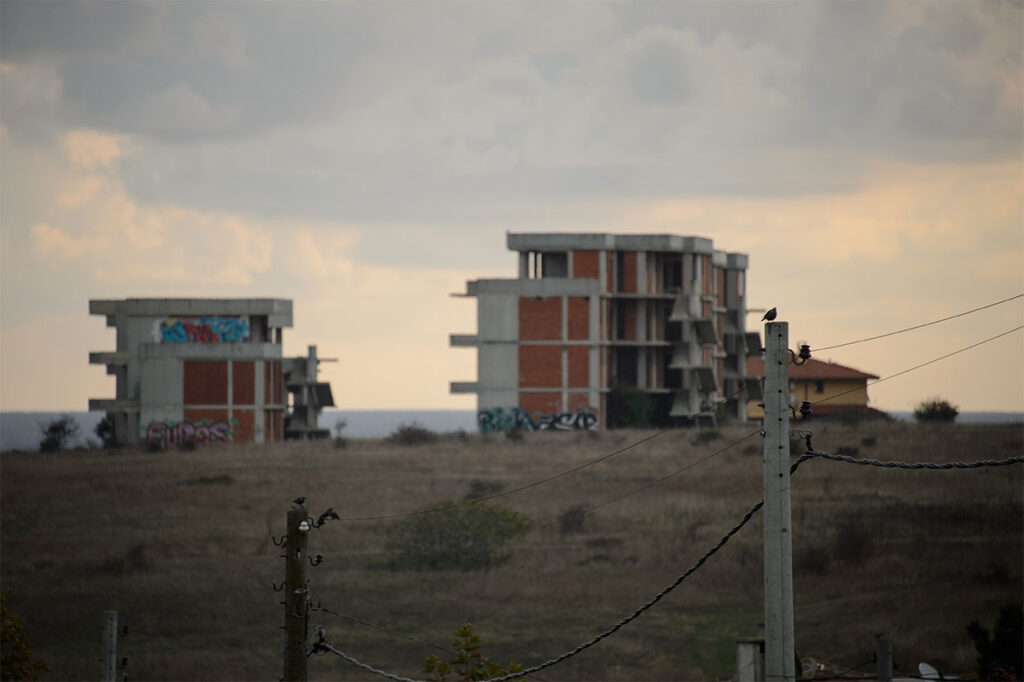 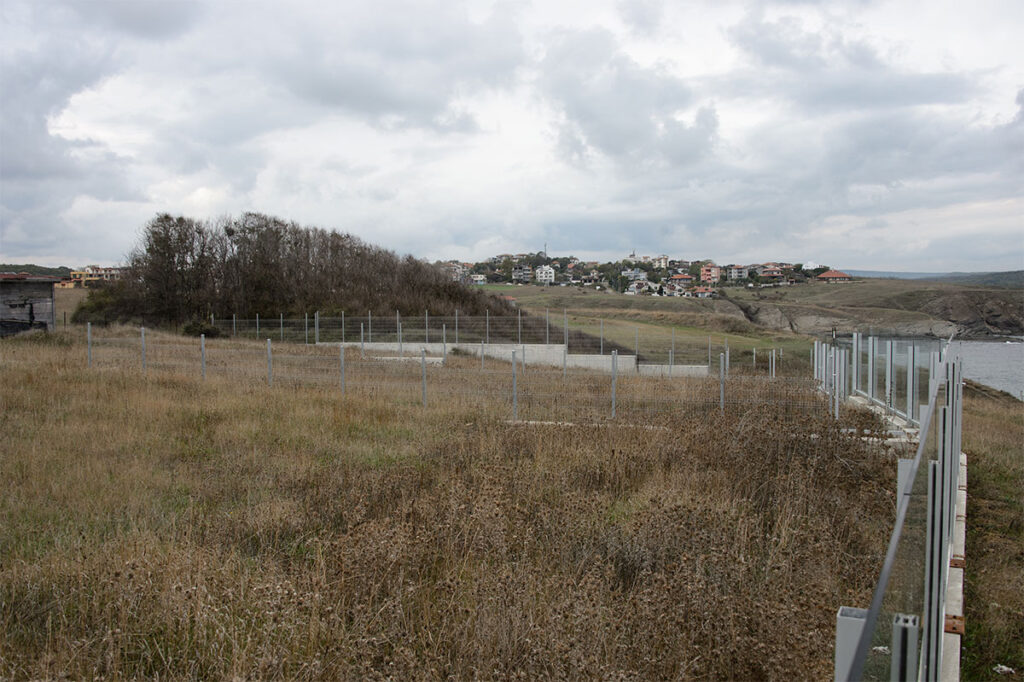 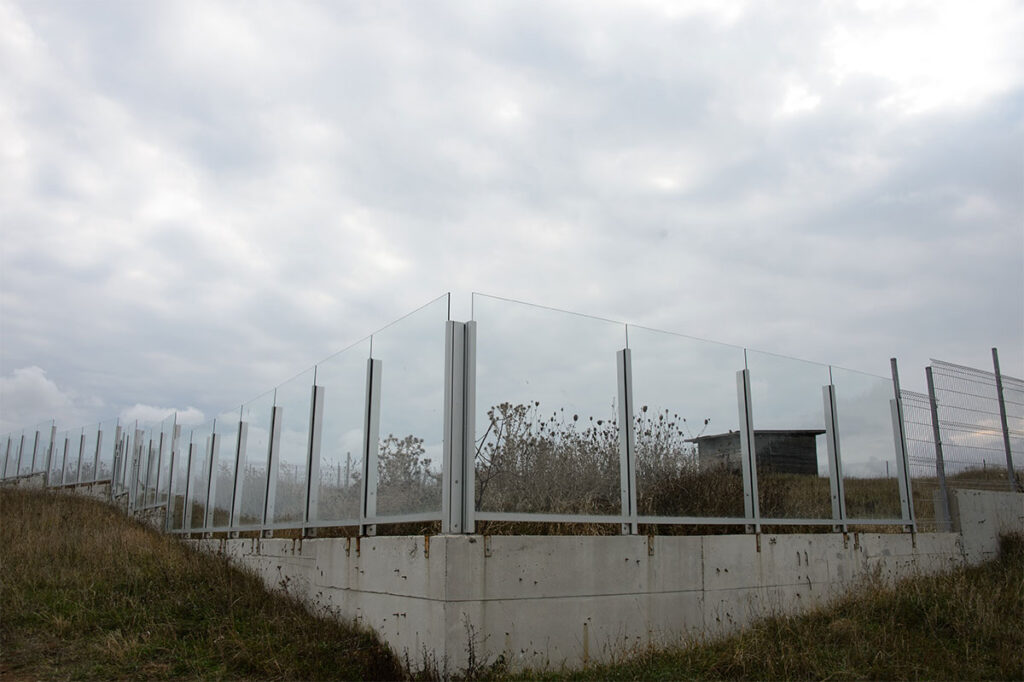 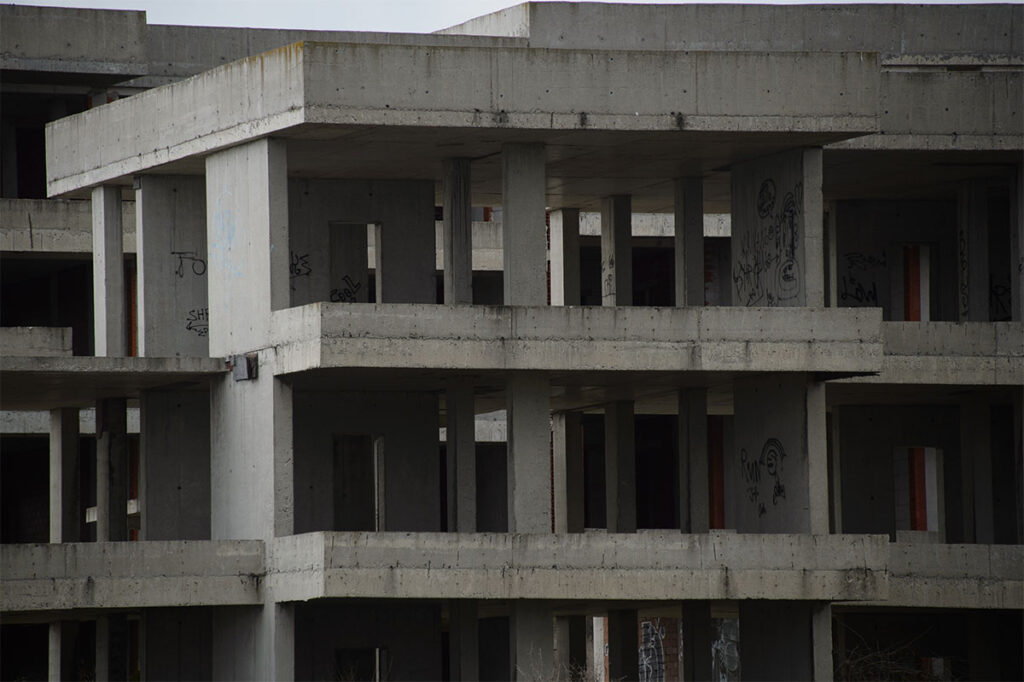 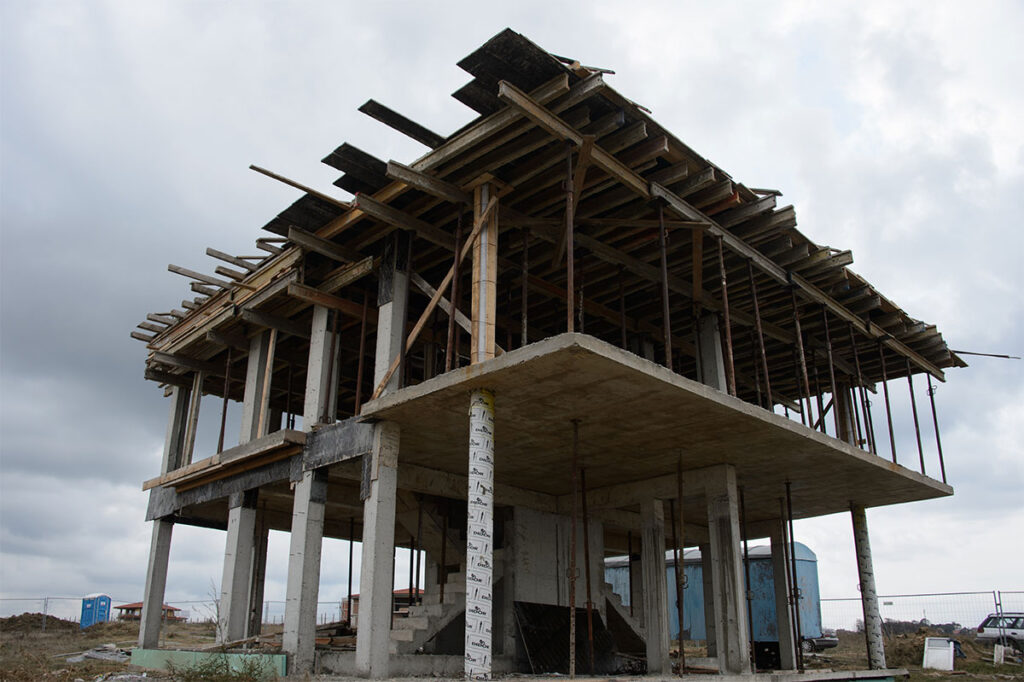 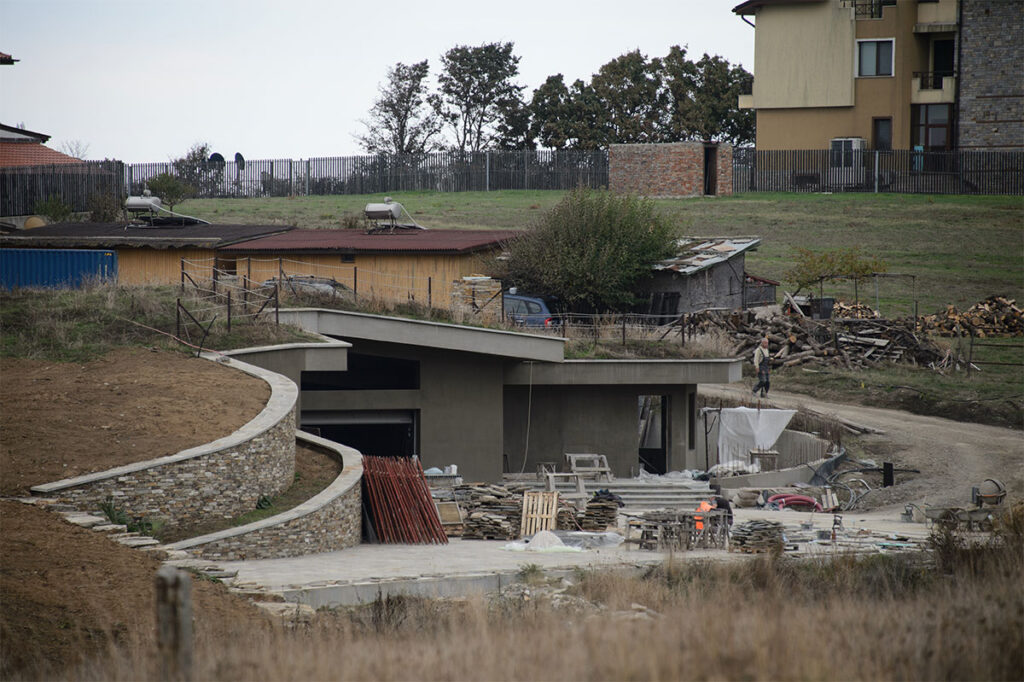 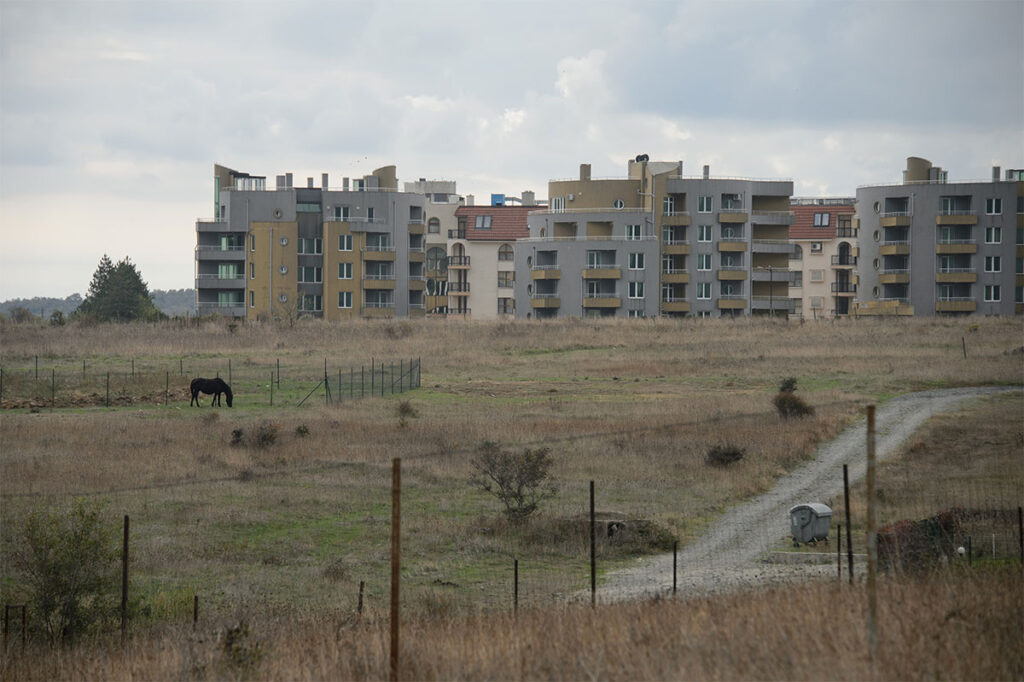 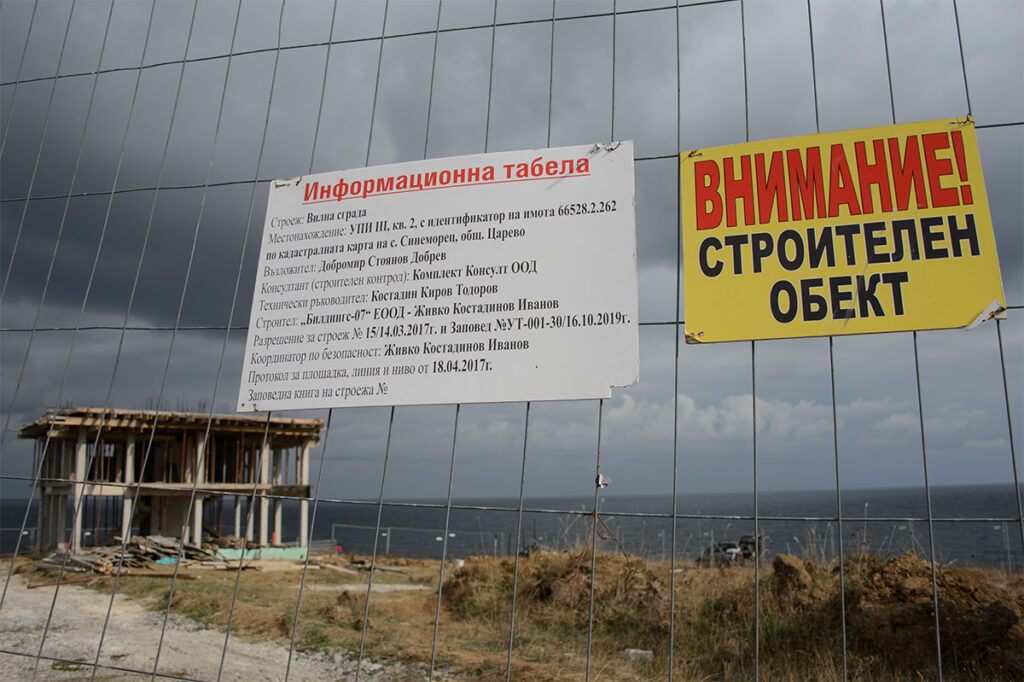 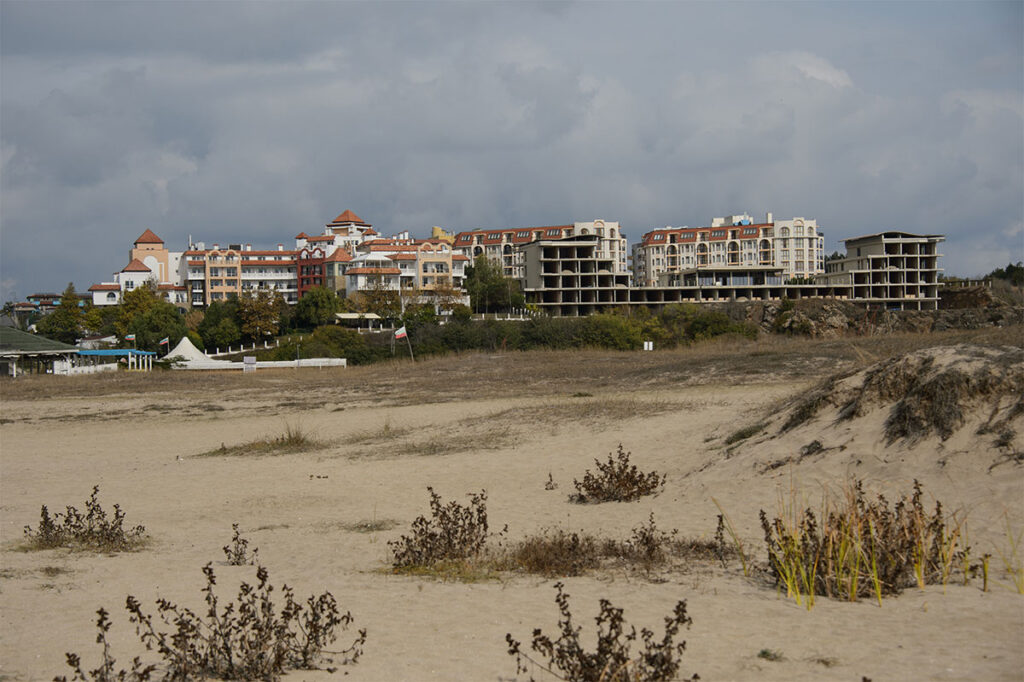 The destruction of the coast also destroys the landscape and all natural values of Sinemorec.

Everything will probably be clarified in the courtroom, but until then the concrete will raise and will devour what little is left of the wild beauty on our seashore.

I started to live here this year, but in principle I am in love with this place. For more than 10 years, every summer and whenever I can, I am here because it is very beautiful and magical. I first came sometime around 2010.

It was love at first sight. This place spoke to me about the encounter between the amazing nature and the man because only here you can see the wild nature literally next to the yard of the house… Back then there were animals, sheep… The extremes in Sinemorec are all in one place and that is magical.

We see how there is more and more concrete, unfortunately, and civilization is taking over most of the nature – I do not know whether to call it civilization or simply concrete. That is the bad thing for me. In my opinion, civilization is about having a mark of culture, not pouring concrete in the sea and actually taking it away from everyone else, simply because you decided so given that you have the financial means.

The nature belongs to all. It cannot belong to only one person, it is impossible to become private property! There is no law that motivates the taking away of a meadow, rather there is no morality that will justify the laws that allow that land to be taken from the state, to say: it will become private state land, we will give it to the municipality and the municipality will sell it.

The locals who have lived here for years are dependent on the municipality for business or food. They have no alternatives. That is another problem. Instead of thinking about how to attract investors and create long-term employment and business that would not harm nature, the municipality simply went to sell the land. The region is beautiful – why not think of growing plants for example, or mushroom or similar agricultural activities such as stimulating livestock breeding. In fact, the only thing that is being done is the logging in Strandza. I see that happening from spring to autumn with trucks loaded with trees that are taken out in order to concretize the sea. These are the two activities of the municipality. It does not even collect the garbage! It is scandalous that this beautiful place is buried in small local dumpsites everywhere!

I sincerely hope that thanks to the dissatisfaction of the people and the example they set by taking care of this place (I have seen them collect the waste themselves) things will change. I hope that the local government will grow intellectually and morally and that it will perform its real function – care of the population and nature.

I have done many things: work in a chemical laboratory, I have been an editor, I have been involved in ethnobotany, I have worked on environmental projects. I have a degree in ecology. I live in Sinemorec.

I came here in 1994. We were doing internship from the faculty in Carevo. In 2018 they occasionally offered me a job in Sinemorec during the summer. I decided to leave life in Sofia and accepted the offer. I worked for a while and the next spring I came here again and never left.

Somehow I found my place. Although administratively it is a village, in reality it is not. Sinemorec is a special mixture between a big city and a country life.

I grew up in a time of great change and the protests are my cry of discontent. In the sparsely populated areas there is always a dependency between the local population and the municipal authorities. More and more people are coming to Sinemorec every year, and the locals do not seem to care that the time of saturation will come, that the place will lose its attractiveness and that a serious emigration will start occurring gradually.

It frustrates me that the buildings are result of small criminal acts. They have a construction permit based on the fact that the terrain is the size of 1,000 m2 and it is assumed that such a small parcel will not harm the protected areas. But, quite deliberately, no one makes an assessment of the overall impact if all the land plots are built. I do not know the people who build here. The last one is an architect and I am surprised that a specialist like him decided to build there in the middle of the seashore. I cannot even grasp his idea and why he likes it. It is literally one meter away from the rocks, there is a small path and after a while when the other neighbors come – I just do not understand… In the summer somehow it could work but in winter the winds here are brutal and I really do not know how one can build here… 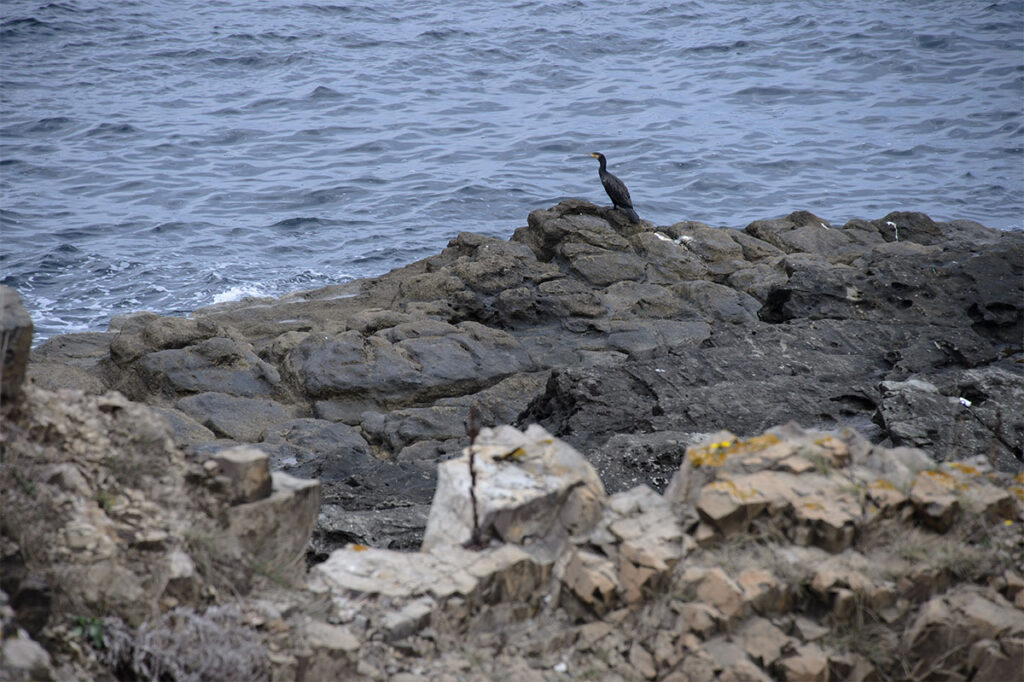 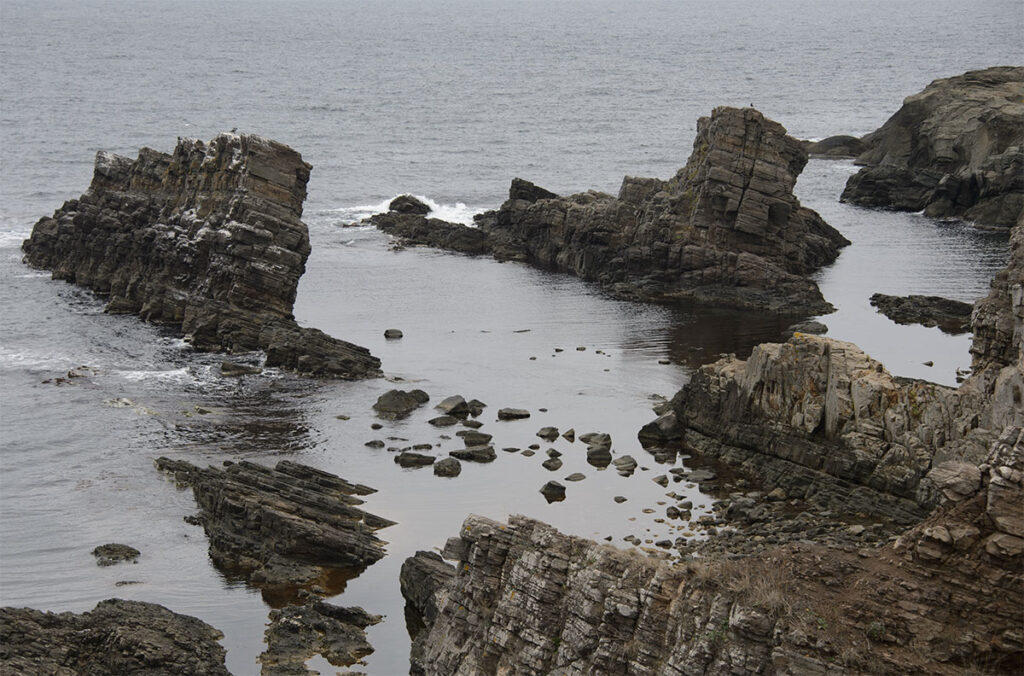 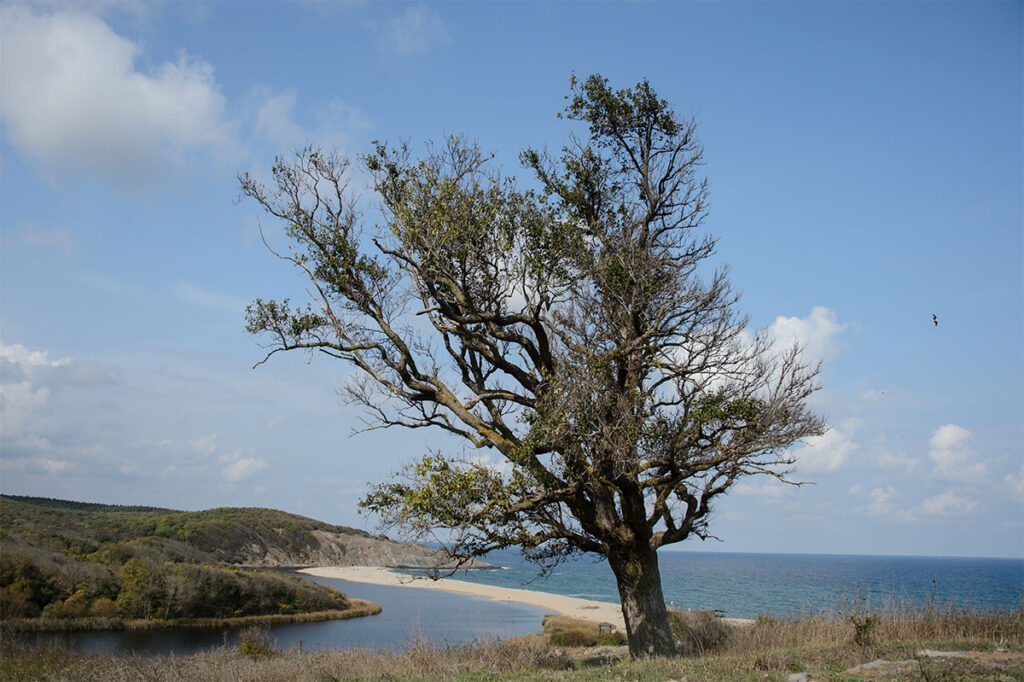 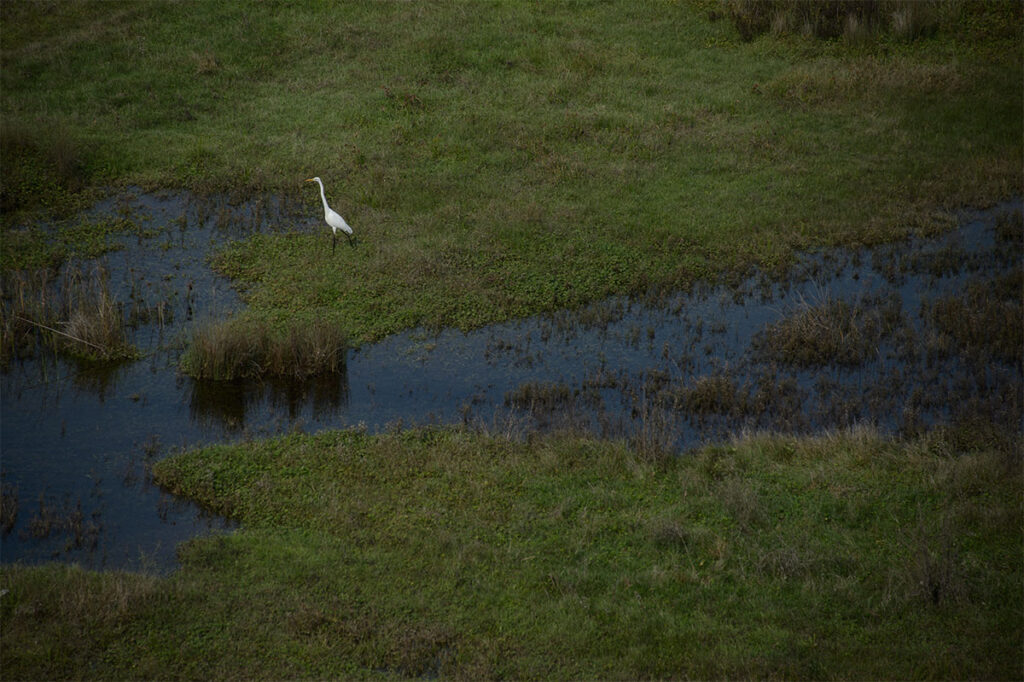 Sinemorec is an area of great environmental values.

There is a very healthy community of people who came to this place a long time ago and who manage to take with them and keep something from the old charm of Sinemorec. Many people think that there are energy sources here, which might be true because the attraction of this place is strong.

In my opinion, things will change and I think that there is a chance to protect what is still left…