Uncertainty and information darkness plague the population living in Shar Planina Mountain, where a procedure for declaring it a national park is underway. This was shown by the field research of the team of the Institute for Communication Studies, carried out in order to identify the problems of the inhabitants of the villages that exist on the slopes of the Macedonian and Kosovo side of Shara Mountain. In order to “illuminate” this process, we also talked to scientists, representatives of non-governmental organizations, the Government, tourism workers and investors. Our findings show that there is a danger that the boundaries of the future national park proposed by the scientific community will change in order to satisfy someone’s business interests. 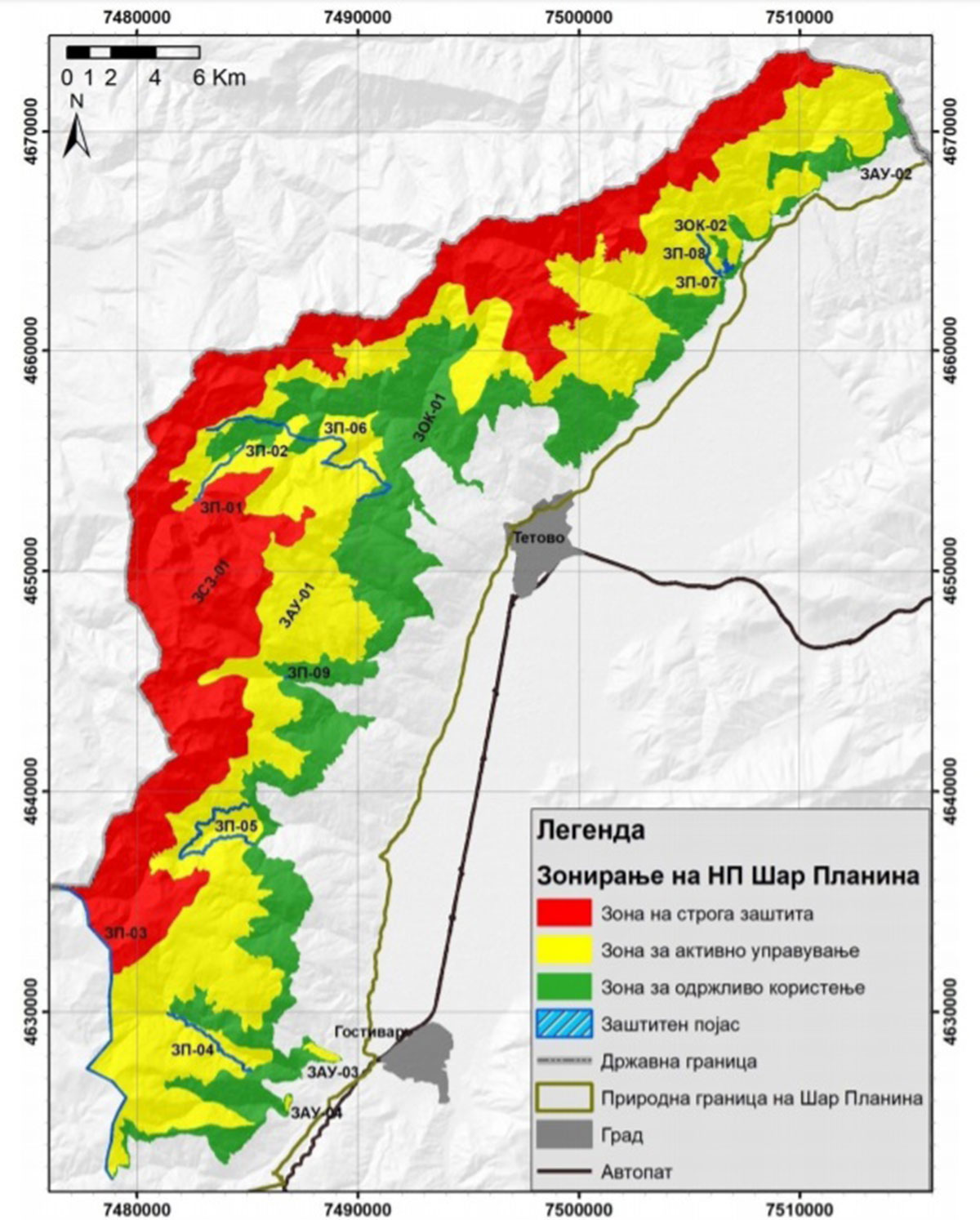 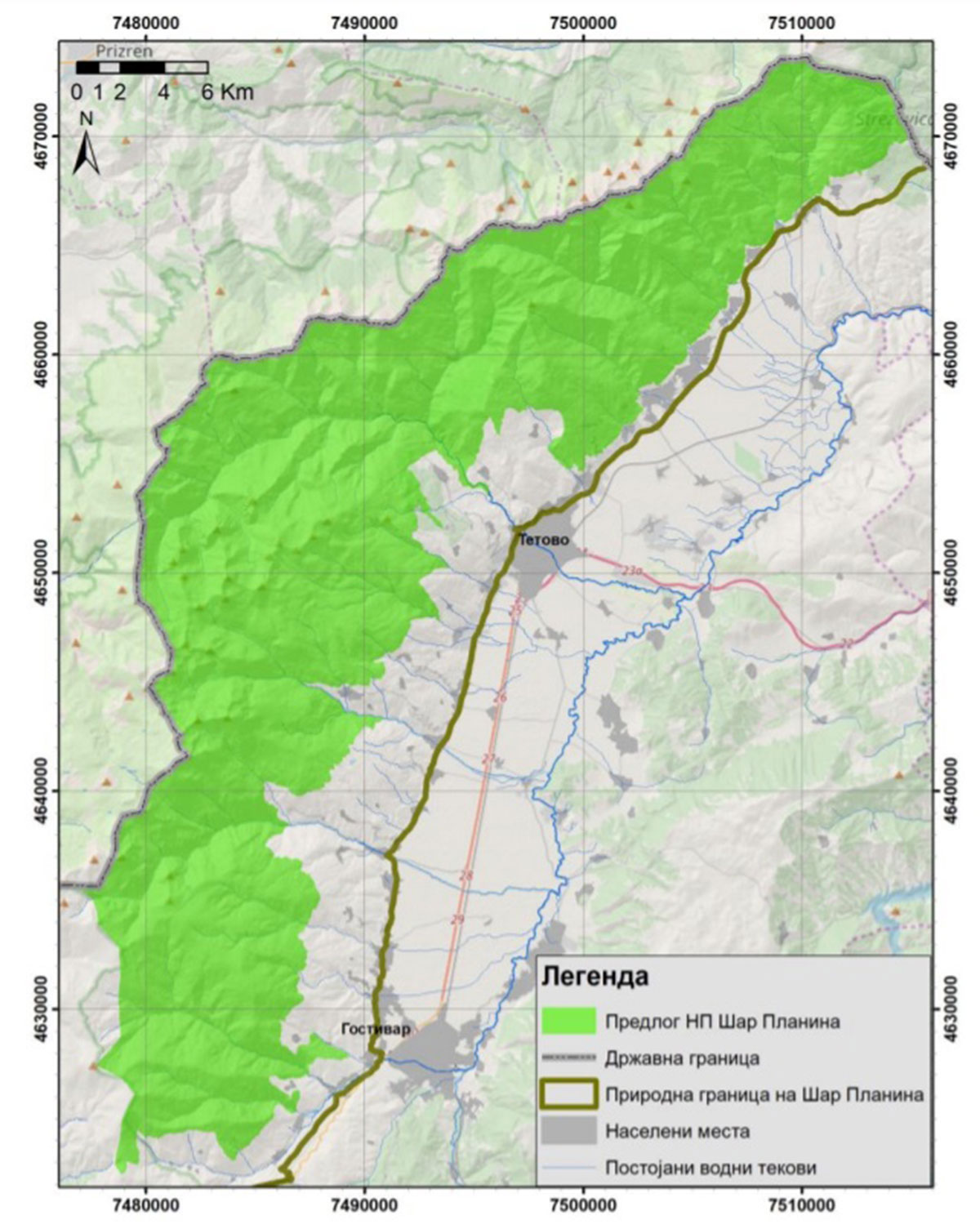 The Valorization Study of NP “Shar Planina” proposed and defined four areas. The largest area (230 km2) covers the active management zone, and the smallest the protection belt (1 km2). The sustainable use zone covers an area of 136 km2 (25.1%).

Due to the change of the traditional way of life in the region and, in general, the growing poverty and political instability, the natural values ​​of Shar Mountain are strongly influenced by the human factor. This creates many threats that can lead to degradation and destruction of all natural values. The main threats are the unregulated urbanization and infrastructure (opening of roads, weekend houses, restaurants and hotels, etc.), illegal logging, reckless use of water resources (especially for generating electricity), excessive use of certain medicinal and aromatic plants and uncontrolled hunting.

The Valorization Study for Shar Mountain proposes to stop all procedures for construction of small hydropower plants in order to preserve the natural wealth of the future national park. 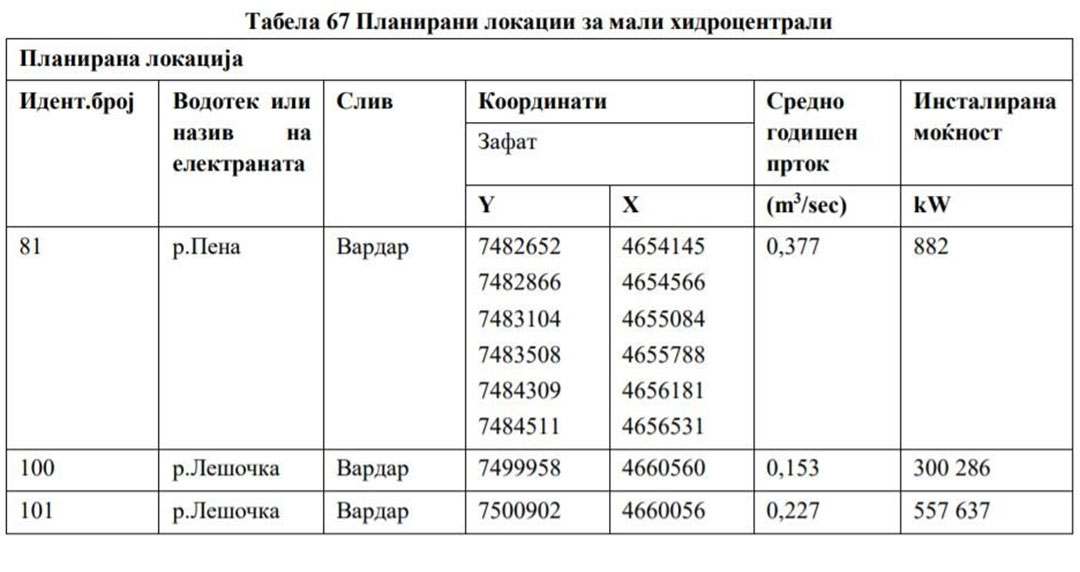 It is also recommended that the impact on the protected area of all SHPPs that will continue to operate should be reviewed, and if it is assessed that they have a significant impact with consequences for the core natural characteristics of the protected area, the concession agreement should not be extend.

For this issue, we asked the Regulatory Commission for Energy and Water Services the questions how many hydropower plants are there in the area of Shara, how many of them belong to EVN, how many belong to other private companies and what is their power.

No response was received from EVN on the questions asked.

The population of this area has already shown that it is ready to defend the water resources with a human shield. On the other hand, the situation with Shara on the Kosovo, which has long been declared a national park, is proof that the usurpation of rivers continues, despite the so-called protection.

> The bells toll for the destruction of Shara

> The National Park did not protect the Kosovo part of Shara

The scope of the future protected area – National Park “Shar Planina” mountain covers 7 municipalities in the Polog planning region: Bogovinje, Vrapchishte, Gostivar, Jegunovce, Tearce, Tetovo and Mavrovo-Rostushe. The population in this region is engaged in growing various agricultural, horticultural, cereal and other crops. Unfortunately, the young people are emigrating and the population is aging. The residents now do not know what changes the national park will bring and whether they will benefit from it.

The results and analyzes of the economic activities in the area of Shar Mountain proposed to be protected as a national park show that it has great potential for development not only at the level of the area, but also the potential to influence the regional and national development. Many of the natural values of Shar Mountain are not used, or are used in an improper and inappropriate way, destroying the biological and landscape diversity and the quality of life of the local population.

Unseen beauty is still a privilege for few

There will be no hunting, but there may be

The concessions for the seven hunting grounds on Shar Mountain will be valid until the area is declared a ‘national park’, as a protection category. However, the Law on Hunting envisages the establishment of special purpose hunting grounds in the national parks, intended for implementation of special measures for game management, in order to preserve and develop the game and its habitats.

This content was prepared by the Institute for Communication Studies.

We are paying – they are getting rich