The destruction of greenery is a common problem for Belgrade, Skopje and the entire Balkans

In early 2020, Belgrade was named the most polluted city in the world, according to the Airvisual website, and is now under threat of losing the “lungs of the city” – the Koshutnjak forest. Knowing that their action is the only thing that can stand in the way of investors, united citizens and organizations are currently at the peak with their fight for a healthy environment. 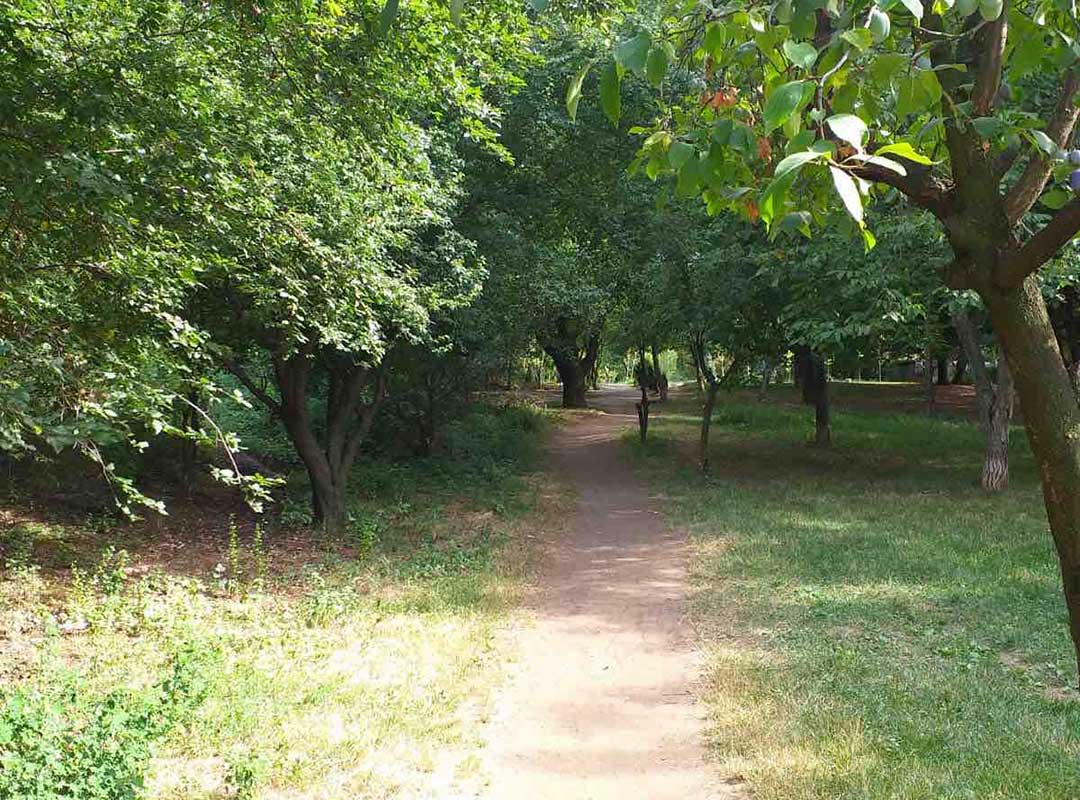 Is the capital of Serbia is about to become a gray city?

The detailed regulation plan for the Avala Film complex, which is about construction of approximately 420,000 m2 of residential buildings and 150,000 m2 of commercial space in the area of the Koshutnjak city forest in Belgrade, is put for public insight. It is envisaged that the intensive construction will reduce the existing 34.7 hectares of forest area to as much as ten times smaller area – to 3.4 hectares. Specifically, the plan is build buildings that will cover area that is eight and a half times larger than the one that is already built on that location.

The implementation of the Plan will cause irreversible damage to the environment in a city where the air is often significantly polluted. Such air can cause serious health problems even in healthy people. It is therefore recommended to avoid all physical activities in the outdoor environment and to limit the stay outdoors, until the air quality improves. 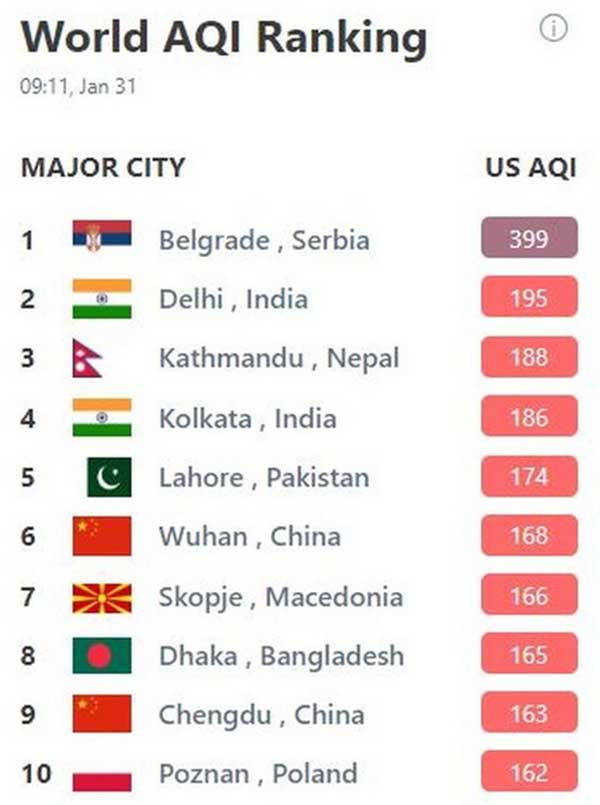 The analysis of the planning documentation concludes that the development of the film industry is not the main goal for construction of the complex, as indicated in the introduction, but it is construction of commercial and residential space. With the construction of the facilities, the area under trees will be reduced by 17 hectares, although the green areas in Belgrade currently make up only 18.5% of the total territory of the city.

Analyzing the current situation in Belgrade, it seems that the authorities, together with investors, do not understand that the entire green area of ​​the city should not be seen only as a construction site. Although the trees are the “filter” of the city air, they also play an important role in preventing the formation of “heat islands”. These are urban areas that heat up and reach significantly higher temperatures than the environment, and all this is due to traffic and lack of greenery. The concrete slabs, after heating, release heat backwards, while the trees absorb some of the heat. Paving the greenery is a trend in Belgrade, and the current victim of it is the city forest Koshutnjak. 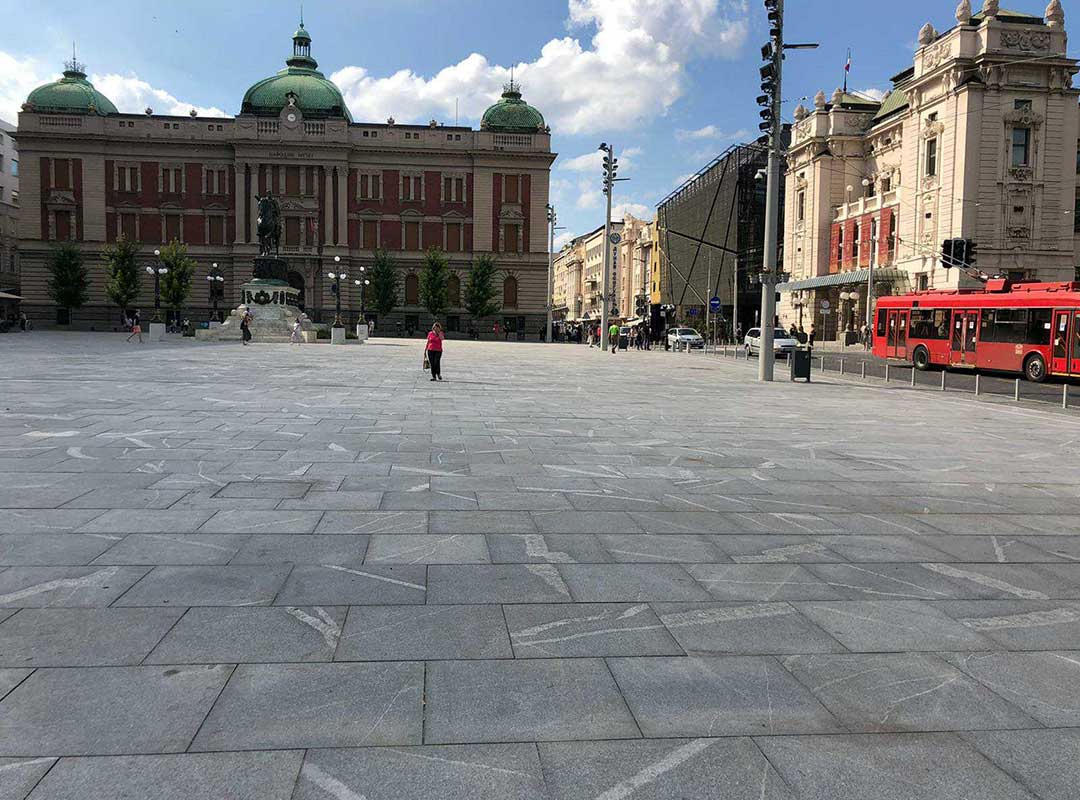 The paved “Republika” square in Belgrade.

The environmental and legal aspect of the Plan

This specific Plan is not in line with the Strategy for Afforestation of the ​​Belgrade area, which is based on rational use of forest resources, protection of biodiversity and raising of environment quality, and also envisages protection of the green area of ​​the city and development of the forestry on the territory of the city of Belgrade. Considering that, the plan is to afforest 50,000 hectares of the city territory in the period from 2011 to 2021, but given that by 2017 only 730 hectares will be afforested, it is clear that the planned deforestation of the forests is contrary to the Strategy.

The Decree on Environmental Network lists Koshutnjak as an ecologically important area on the territory of Belgrade, a protected area aimed to preserve the forest vegetation complexes, as an important habitat for conservation of the diversity of mammal fauna, birds, reptiles, amphibians and insects. It makes sense to ask whether the legal acts that regulate the ecology in Serbia should be adopted only for the sake of formality, or it is also possible to actually implement them.

The implementation of the Plan would also violate the provisions of international conventions that Serbia has ratified, including: the UN Framework Convention on Climate Change, the Convention on Biological Diversity, the UN Convention against Desertification. In addition, Serbia is in the process of European integration, and the eventual implementation of the Plan would be contrary to the EU policies and regulations, which is considered a global leader when it comes to combating climate change. This would also slow down and prolong the path of Serbia towards the EU.

Citizens in fight for the greenery in Belgrade

The citizens spontaneously grouped and gathered within the informal association “Battle for Koshutnjak” with a common desire to preserve the forest greenery, realizing that the Plan is contrary to the public interest. The most effective activities in this fight so far are the signing of the initiative for defense of Koshutnjak and the collection of complaints from the citizens in the process of public insight in the plan. Since the procedure for public insight was introduced into Serbian legislation, 10,000 complaints were filed in a very short period of times, which has not happened for any similar plan so far. The citizens are committed to respecting the law, preparing reports on strategic environmental impact assessment with accurate data on the state of the environment, protected species and their habitats. The petition was signed by more than 50,000 citizens, and the initiators of the petition, which is the initiative “Let’s not suffocate Belgrade”, aim for a symbolic number of 100,000 signatures, which would mark the victory of the citizens’ interest over the investor’s interests.

The organization of citizens organized upon their initiative proves in this case that at least one of the goals of the Program for Environmental Protection of the City of Belgrade has already been achieved. That is the awareness that was already developed among the citizens on the importance of preserving and improving the environment, with a willingness to take part in that process. 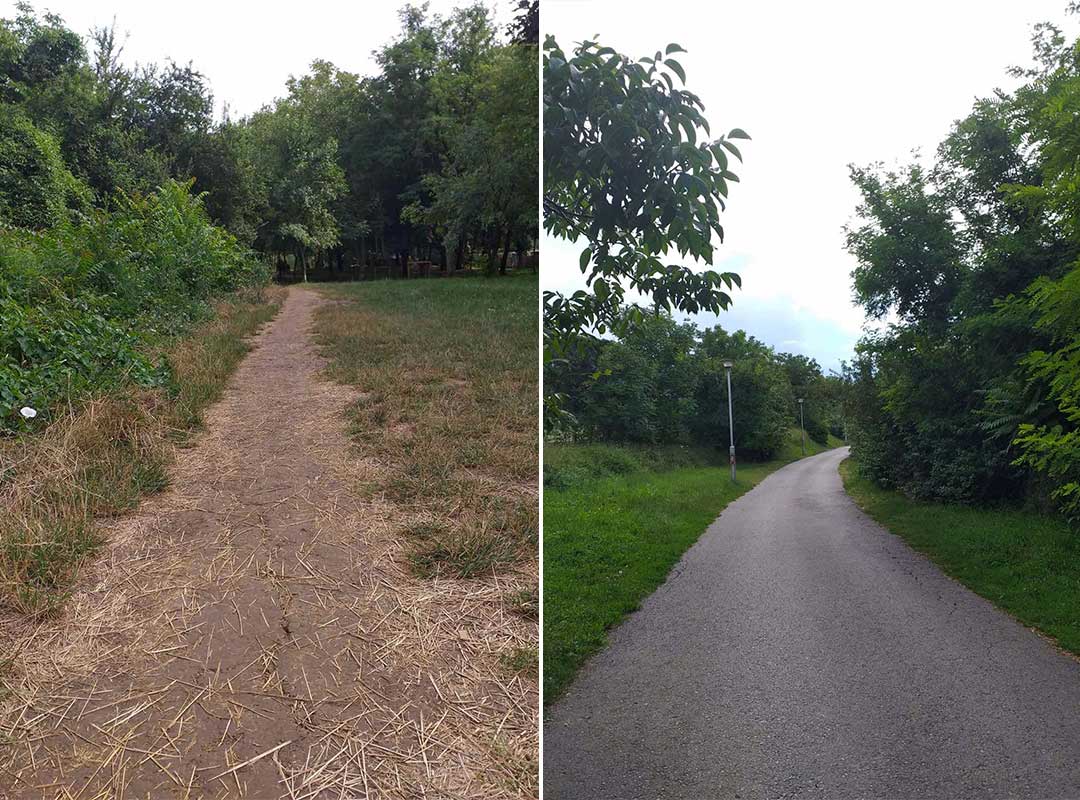 Western Balkans: The nature strikes back

The situation is similar in the countries in the region.

The project for arranging the main square in the capital of RN Macedonia, “Skopje 2014”, brought a classic look to the city, but took away trees that were over 50 years old, which reduced the green area of the city center by 50%.

About 40 trees have been cut down in order to erect two new buildings in the campus of “Ss. Cyril and Methodius” University. These and similar examples have brought Skopje to the top of the world list of cities with most polluted air. They also led to the need for adoption of a special protocol in Skopje, which is activated in cases of extreme air pollution and which provides for justified absences from work for pregnant women, people over 60, asthmatics and people who have survived a heart attack or stroke. In such cases, it is recommended not to organize any outdoor events and that those whose work requires them to be outside can work outdoors from 11 a.m. to 5 p.m. only. 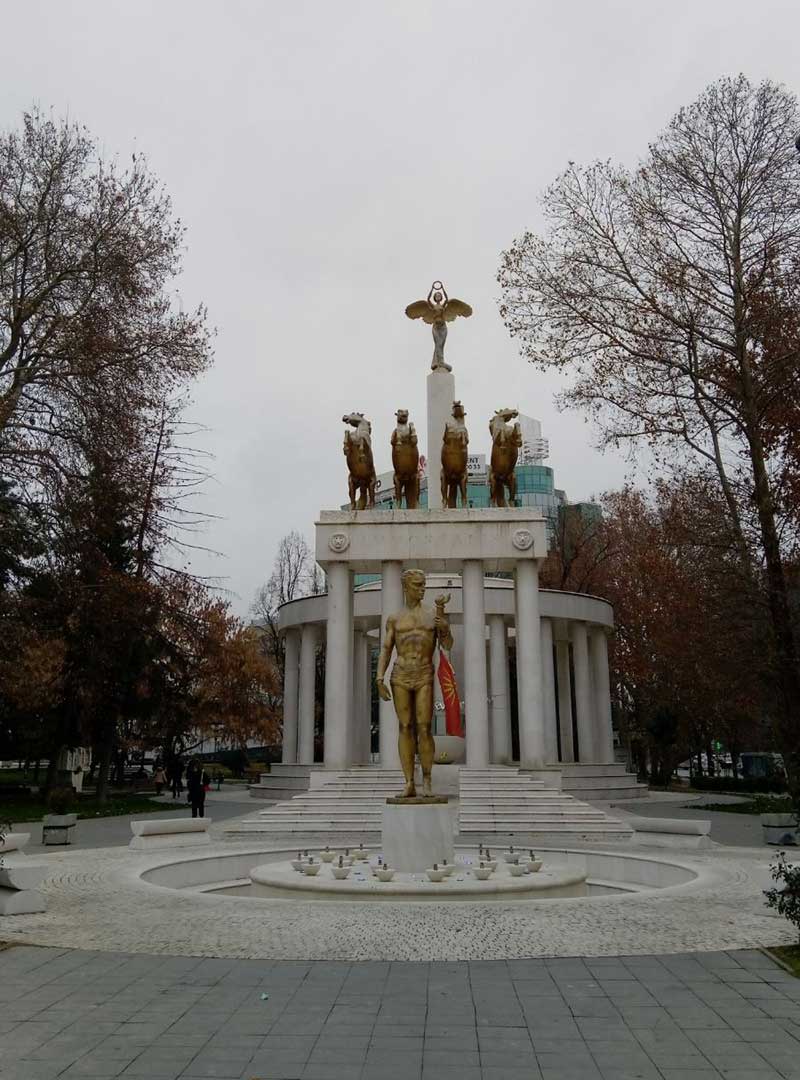 After being declared the greenest capital of Europe in 2017, a study of the United Nations Environment Program in 2019 determined that the air pollution in Sarajevo is directly responsible for one in five premature deaths. At the beginning of 2020, Sarajevo was named the most polluted city in the world, with a pollution coefficient of 455.

Finally, given that the EU plans to adopt a Green Agenda specifically intended for the Western Balkans in accordance with the Green Europe Agreement, we hope that the system of measures and objectives included the Agenda will cover and regulate the issue of urban greenery and thus encourage the countries in the region to move forward, walking the green path.

The faith of the masks

The most polluted river in Europe